Top 5 Ad Networks to Use With Google AdSense

For many websites that are monetized at least partially via display advertising, Google’s AdSense is often the primary solution used. AdSense is so popular because it’s generally the best option out there for bloggers and publishers; it offers the deepest roster of advertisers, first-class technology, and usually RPMs that beat any other network. If AdSense has a meaningful drawback, it’s that it can be limited in certain aspects. From the types of ad units offered to the number of ads that can be used on any one page, many users will wish that there was more they could do with AdSense.

A number of sites have written lengthy reviews about ad networks that can be used in place of AdSense, summaries that are useful primarily for those who have been banned from the program or who (often mistakenly) think they can do better with an alternative. But the better way to think of the other ad networks out there is as a complement to AdSense, capable of functioning in conjunction in order to maximize earnings from a variety of different ad implementations. Contrary to what many believe, ad networks are not mutually exclusive; it’s very possible that the optimal layout for monetizing your existing traffic involves a combination of different networks.

Below, we’ll highlight five ad networks that publishers and bloggers can use alongside AdSense, as a supplementary revenue stream to boost overall RPMs and bottom line earnings. (By the way, if you’re enjoying this article, you may want to subscribe to our free newsletter; we’ll send monetization tips straight to your inbox each day.) 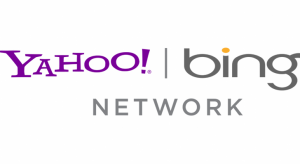 What It Is: Media.net is a contextual ad network run by a partnership between Yahoo! and Bing, two of Google’s biggest competitors. It functions in generally the same way as AdSense, and offers many of the same options. This ad network provides standard ad sizes (e.g., 728×90, 300×250, etc.) as well as contextual link units that direct to “landing pages” of targeted ads.

Below is an example of these contextual ads in use on a Yahoo! Finance page, alongside traditional banner ads (in this case a 300×250 rectangle ad): How to Use With AdSense: Media.net can be a great option when you have a site that can accommodate more standard ad units than AdSense will allow. For example, a site with two 728×90 leaderboards and two 300×250 rectangles could use AdSense to fill three of the placements and Media.net to fill out the remaining one (or, ideally, experiment to find the best mix between the two networks).

What It Is: Infolinks is a provider of so called “smart ads,” with their most common solution involving the display of ads when users hover their mouse over linked content. Infolinks also offers “skinned” ads that fit in the empty space to the right and left of a site’s content, as well as text links that can be inserted within content.

How to Use With AdSense: Many sites utilize Infolinks (or competing offerings) right along AdSense. Whereas AdSense monetizes the real estate on your site specifically dedicated to display advertising, Infolinks is designed to make money by transforming the text on your site into ad units.

Here’s an example of an implementation of Infolinks alongside traditional banner ads:

What It Is: Outbrain is an ad network that generally has publishers on both sides of the payment equation. They’re responsible for many of the “sponsored content” sections around the web, in which publishers pay to have links to their content featured on other sites. When these links are clicked, the referring site earns some revenue while the destination site gets a new visitor.

Outbrain ads are generally pretty far down on the page, and as such won’t earn nearly as much as traditional ad units placed above the fold. But they can be an effective way to generate incremental ad revenue from visitors who would otherwise leave the site once they’ve finished consuming a piece of content.

Taboola offers a similar service for publishers willing to include links to external content on their sites.

How to Use With AdSense: Outbrain is used right alongside AdSense on many sites. Publishers simply need to create a section of their site dedicated to hosting this sponsored content. Below is an example of Outbrain and AdSense ads side-by-side, taken from an article on ESPN.com: What It Is: Undertone specializes in “high impact” ad units, which typically means the ad units that disrupt the user experience in order to get messaging in front of them. These can include so called “pop-up” ads that appear over the site’s natural content. While most visitors to a site may view them as annoying advertisements, the fact is that they’re very effective at drawing attention to the ad’s content. And that means that advertisers are willing to pay premium CPMs to get to these ad placements on highly targeted sites.

How to Use With AdSense: Undertone offers an ad implementation not available in AdSense, so it’s easy enough to use this network with AdSense. Think of Undertone as an exclusive provider of pop-up ads; it can be a nice supplement to the more traditional ads that are served once the pop-up is closed out.

It’s important to avoid overusing these ad units; while the money they generate can be very attractive, there is definitely a trade-off in the user experience. (In other words, visitors to your site won’t like them, and it may deter them from engaging with your content.)

Here’s a pop-up ad from the Undertone network in action: 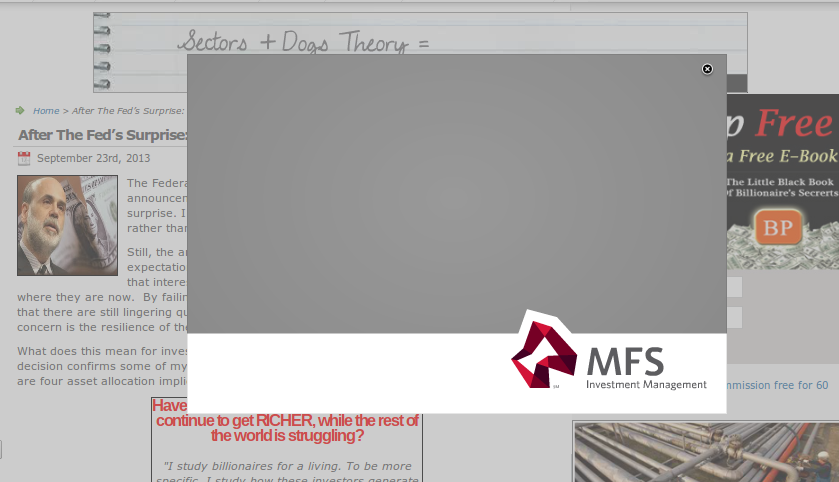 What It Is: Most sites that rely primarily on AdSense to monetize display ad inventory only use a portion of the opportunities that are available to them. In addition to the three banner ads per page–such as leaderbaoards and rectangles–AdSense allows sites to include up to three link units per page. These link units, which consist of a set of linked keywords that direct to a landing page with targeted ads, take up very little space but can become a meaningful revenue source if implemented properly.

Here are the examples that Google shows in its AdSense manual:

Google also offers a custom search engine product that can be used to help visitors search for specific content on your site. In addition to pages from your site, the results will feature text ads. Any revenue generated from those ads–which often have a very high click rate–are split between Google and the publisher site.

How to Use With AdSense: Text links and custom search boxes are designed specifically for use alongside traditional AdSense units. Because link units are text-only implementations, it makes sense to use those in text-heavy sections of your site. Search boxes can appear just about anywhere on the site; often they’re positioned in the top right of a page where visitors are conditioned to look for the search functionality.

If you’re monetizing a site primarily via display advertising, odds are you have a lot more tools at your disposal than you may realize. While many focus their attention on pitting ad networks against one another to find the highest earner, time may be better spent figuring out how to get multiple networks to work best together. Using AdSense doesn’t preclude you from taking the best of what other ad networks have to offer and running those monetization techniques simultaneously.