What are link units?

This term refers to a type of CPC ad unit that involves web visitors clicking on a relevant keyword or topic in order to see an expanded listing of ads on that subject. Link units are traditionally associated with Google’s AdSense platform, though they’re available through other ad networks as well. Due to the flow of traffic, link units are not sold directly to advertisers (though text ads–which cut out the landing page and send visitors directly to an advertiser landing page–may be).

Link units are similar in many ways to traditional display ad units such as a 728×90 leaderboard or 300×250 rectangle, but there are some key differences as well. The most significant difference relates to the content shown and the destination to which any clicking visitors are sent.

Traditional ad units feature messaging and creative from a single advertiser; when visitors click on the ad, they’re directed to a landing page specified by the advertiser (generally a part of the advertiser’s site). Link units work in a very different way; they consist of keywords, which are generally determined based on an analysis of the surrounding characters (i.e., contextually relevant to the page).

When a traditional ad unit is clicked under a cost-per-click model, revenue accrues to the publisher (and to the network). Link units also function under a CPC model, but the point at which revenue is earned differs (as does the visitor experience). When a link unit is clicked, visitors will be taken to a custom made landing page filled with ads that are generally related to the keyword clicked (these ads may also feature products or topics that have been determined to be relevant to the visitor, through retargeting and other methods).

Below is an example of a “landing page” to which visitors will be directed after clicking on a link unit. When they land here (i.e., after the first click), no revenue has been generated. If one of the ads on this page is clicked, however, the publisher who displayed the link unit earns revenue. 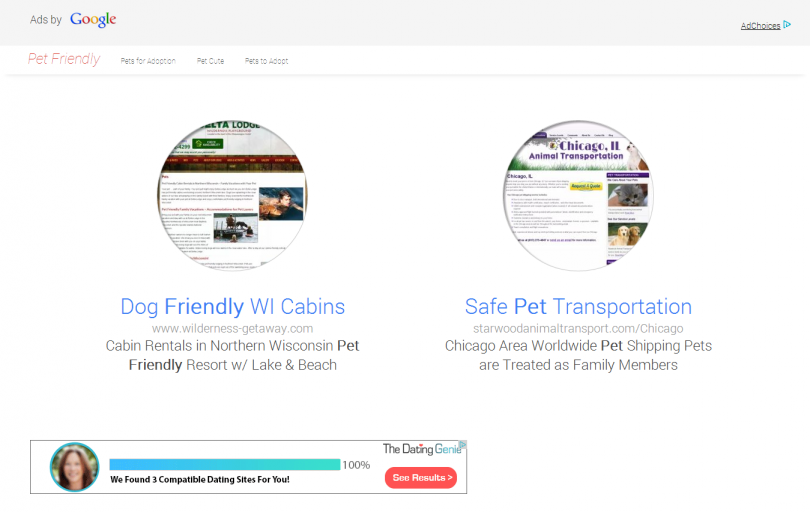 At this point in the process, no revenue has been generated. If the visitor clicks through to one of the ads shown on this landing page, revenue is generated.

The most commonly used link units are relatively small, taking up much less space on a page than traditional ad units. AdSense, for example, offers a link unit that is 728 pixels wide (same as a standard leaderboard) but only 15 pixels tall:

However, it is possible for link units to appear within a traditional size ad unit. The Media.net  ad network, a collaboration between Yahoo! and Bing, offers publishers this functionality:

The above example shows link unit ads appearing in a larger, more traditional placement within a site.

Link units can be an extremely effective way to generate some incremental revenue for all types of publishers. However, they are generally overlooked and not utilized by both large and small publishers.

Similar to all ad units, link units are most effective when they are blended into the natural content of a site. As such, styling these ads to match the font and color of other links on the site will generally help to increase click rates. Similarly, positioning them in a way that makes them seem like a natural extension of site content can lead to good results as well.

Below is an example from About.com, a large publisher that uses link units very effectively. Note that the string of links near the top of the page is styled to match the other links on the site (even though the line of text is clearly labeled as “Ads”). 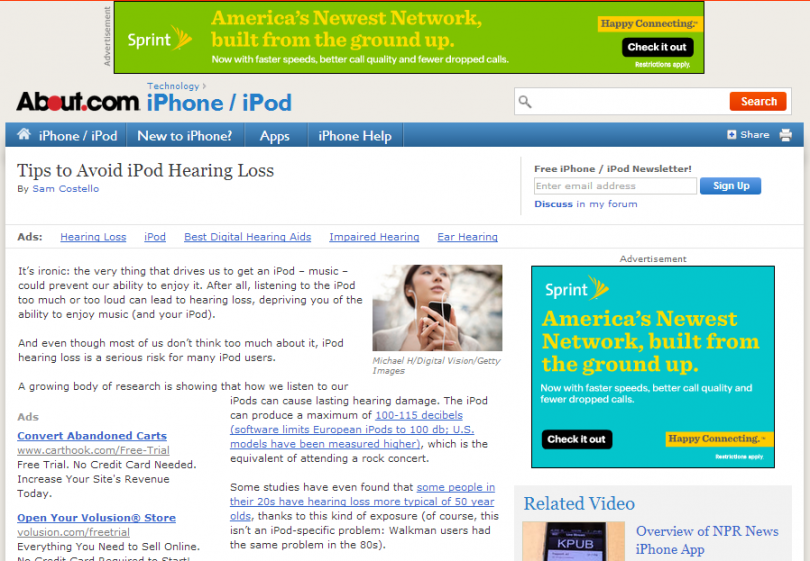 The optimal position of a link unit will vary depending on the layout of a site. However, there are several common locations where these ad units can work well:

Link units can also work well immediately above or below a leaderboard ad unit. Though this might be expected to cannibalize the more traditional ad, in many cases it generates net incremental revenue.

What are link units?

Link units are a type of ads that are text links. The text is usually keywords related to the content of the page

How does link units work for revenue?

What is the difference between ad units and link units?

Ad units feature messaging and creative form a single advertiser when visitors click on the ad, they’re directed to a landing page. Link units work in a very different way, they consist of keywords which are generally determined based on an analysis

Previous Post What is above the fold (ATF)? Next Post What does a request for proposal mean?
We use cookies to ensure that we give you the best experience on our website. If you continue to use this site we will assume that you are happy with it.Ok