What does a leaderboard mean? 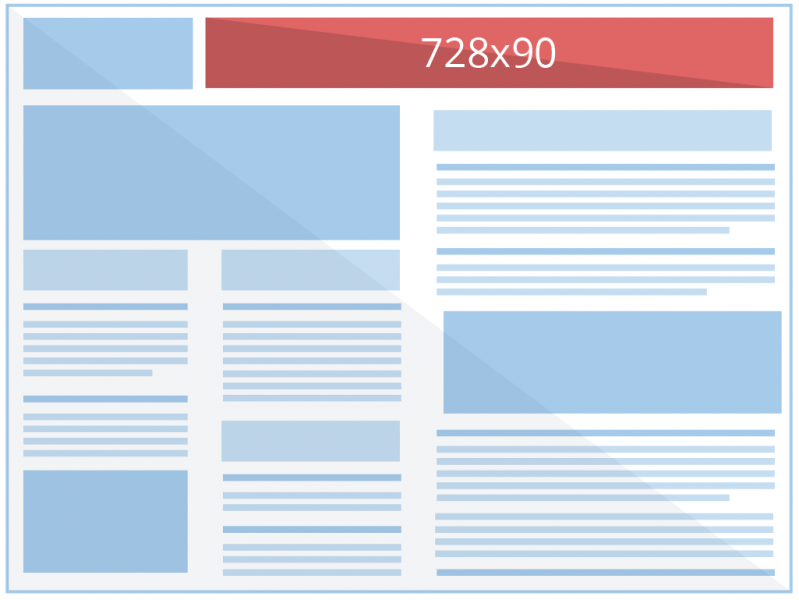 Most sites that monetize through display advertising include a leaderboard ad unit for purchase, and many advertisers create this ad unit as a part of all campaigns.

The example above shows the 728×90 leaderboard in its most common position: near the top of the page. Many publishers also use leaderboards at the bottom of a page in a positioning that is not expected to receive much attention but that can deliver a bit of incremental revenue. Below is an example of a below-the-fold leaderboard near the footer of IMDb.com: 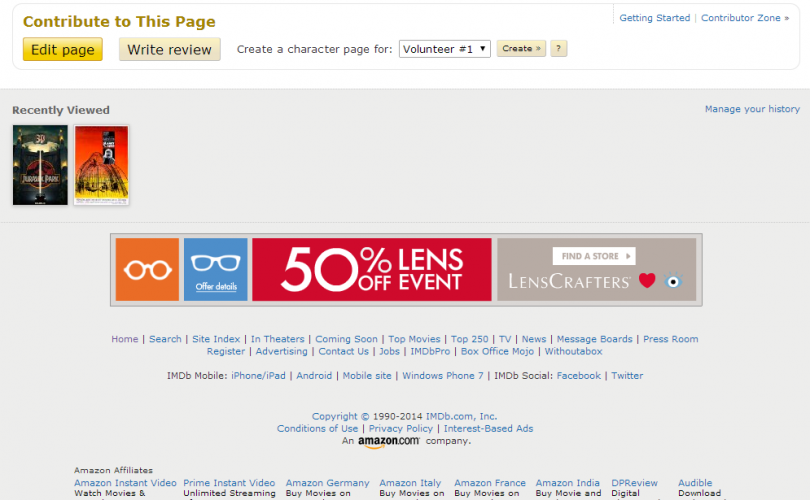 Again, the revenue opportunity from a leaderboard near the bottom of a page is likely small; effective RPMs will be below $1.00 in almost all verticals, and may yield only a few cents for most sites. But this placement tends to generate revenue that is purely incremental–it doesn’t cannibalize other ad placements on the site.

As such, adding a leaderboard near the footer of a page is generally a practice we recommend when optimizing display ad revenue. The Premium section below has some additional best practice suggestions for leaderboard implementation.

Given the popularity of this ad unit with advertisers, the leaderboard can be one of the best performing AdSense units. Because almost all advertisers create a 728×90 leaderboard, there is a deeper potential of matches for AdSense publishers than for less common units such as a 468×60. This gives ad network algorithms a greater number of candidates to choose from when attempting to serve up the most relevant, highest-yielding ad.

But it isn’t necessarily a given that all sites running AdSense should include a leaderboard unit. Ideally, publishers will have the flexibility to test different layouts including some that replace the leaderboard with additional rectangles or even less popular units.

Because of its width (728 pixels wide), incorporating a leaderboard into the content of a site can be challenging. Narrower ad units, such as a 300×250 rectangle or even a 468×60 half banner, can be more easily inserted into areas of a site where visitors will notice and engage with them.

In 2013, Google introduced a 970×90 “large leaderboard” or “super leaderboard” that can be used as an alternative to the standard size (the Premium section below has more on this ad unit as well as some notes on best practices for leaderboard placement in order to maximize clicks, revenue, and value).

Many sites, however, utilize leaderboards incorrectly. There is a natural preference to put the ad unit as close to the top of the page as possible, believing that this will maximize visibility and therefore improve performance. However, positioning a leaderboard as the first vertical element on a webpage is sub-optimal because it results in the ad unit leaving the field of view as soon as a user starts scrolling.

Here’s an example of a leaderboard that appears on the top border of a site: 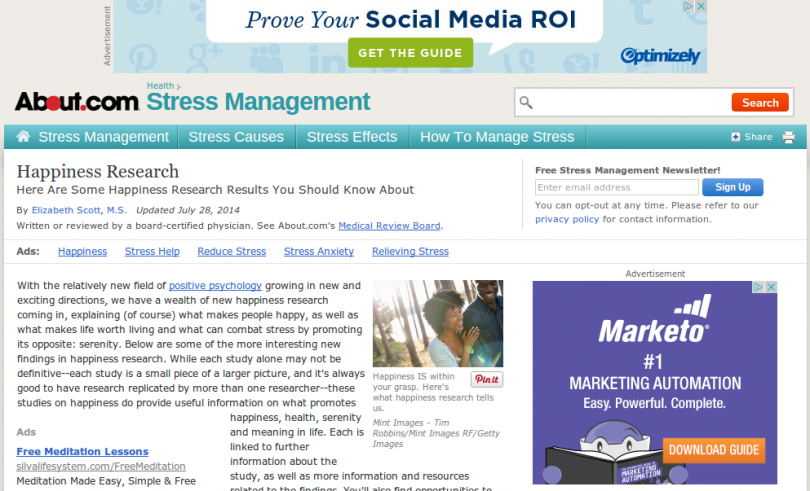 The ad is one of the first things that loads on the page, but it is unlikely to remain in view for long as a result of habits related to consumption of web-based content. Visitors who naturally begin to scroll as a page loads will push the ad out of view almost immediately.

Consider an alternative placement that puts the leaderboard below the nav bar: 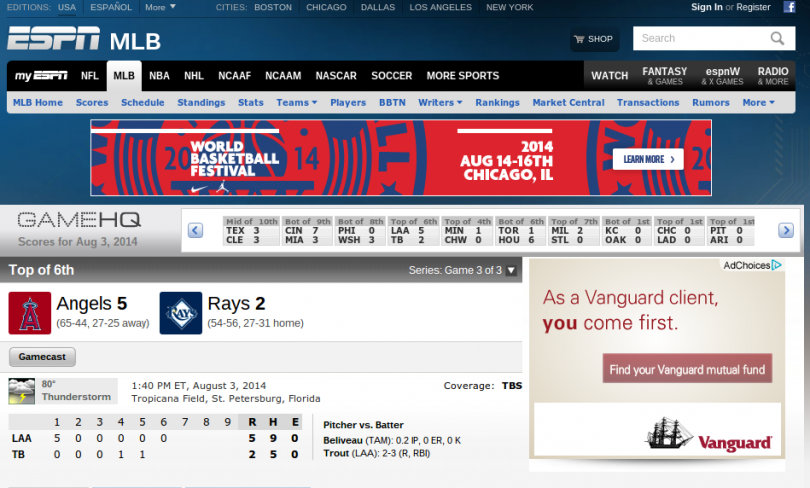 This positioning seems less prestigious; the ad is lower down the page. But it is going to be much more effective here; clicks and earnings will be higher than if the leaderboard was located next to the ESPN logo.

In 2013 Google introduced a new wider version of the leaderboard that stretches to 970 pixels horizontally. Given the larger dimensions of this ad unit, it would presumably be a way for advertisers to serve ads with additional messaging. In theory, the uniqueness of the 970×90 ad unit should also help to combat banner blindness, since many web visitors are not used to seeing ads packaged in this format.

Currently, however, there is limited supply of 970×90 leaderboard ads; there are simply not enough advertisers making creative in this size to give networks a deep enough pool from which to choose. The result is that 970×90 leaderboard ad units often serve non-relevant ads or default to traditional 728×90 leaderboards that are deemed to have a higher earnings capacity.

What does leaderboard mean in display advertising?

What are leaderboard benefits?

The leaderboard can be one of the best performing AdSense units, and many advertisers create this ad unit as a part of all campaigns.

The difference is only on the ad size. leaderboard ad size 728x90. On the other hand, the super leaderboard is way bigger with size 970x90 that can be used as an alternative to the standard size

Previous Post IAB Standard Next Post What is a Media Kit?
We use cookies to ensure that we give you the best experience on our website. If you continue to use this site we will assume that you are happy with it.Ok