What Does Invalid Traffic Mean?

Google defines that invalid traffic is the inflated number of clicks and impressions on a publisher's website that impact the advertising’s cost and publisher revenue with unusual methods. It includes bot (non-human) or unintended clicks

Invalid traffic is one of the biggest faults that might lead to sudden accounts suspended by Google. Though sometimes publishers do it unintentionally, or maybe because the ads placement is less strategic that leads to unintended clicks by visitors. 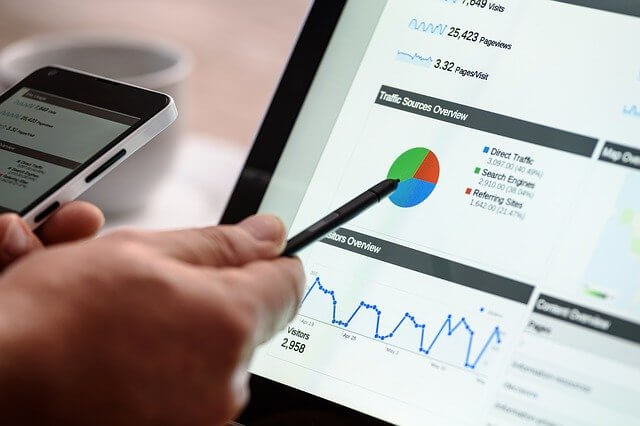 There are two types of invalid traffic that you should know

Sophisticated invalid traffic is traffic generated to click/view ads to increase the ad revenue, and it’s hard to detect. It requires human intervention and advanced analytics to detect this type of traffic. This type of traffic does not meet the criteria for proper ad quality, ad serving, and completeness.

There are many activities that lead to invalid traffic happen in publisher websites, and it includes:

Any click or impressions must come from a genuine user’s interest, and Google prohibits any methods that generate fake clicks and impressions. When Google cannot verify your traffic sources, they can limit your account, or suspend it, even banned your account.

Google monitors every click and impressions on their ads carefully to protect the advertisers so they won’t waste their money on the fake traffics. That’s why Google combines automatic analysis systems and manual advance analytics to analyze every clicks and impressions data to prevent invalid traffic and ad fraud.

Google’s technology could analyze and determine whether the clicks and impressions are both coming from a genuine user’s interest or from a bot, or any fraudulent activities, and make sure that every traffic. Besides automatic systems, Google has team experts to monitor the invalid traffics.

Google will keep upgrading their system and mechanism to detect and solve the invalid traffic problem so advertisers can benefit and spend more money on real traffic and results.

How to reduce invalid traffic

As a publisher who is using Google adsense to generate revenue, you are fully responsible for every click and impression on the ads in your website. So to reduce and prevent the invalid traffics here are several things you can do.

Start making detailed reports on your traffic by segmenting your audience according to the channels, location, devices, etc. Google analytics provides all those criteria so it won’t be a problem.

When you find inflated visitors and suspicious behavior on your website, then you should pay more attention to it since it may be caused by invalid traffic.

Whatever reason you may have, do not click your own ads. Even if you like the ads itself or wonder where the URL destination is, it’s against Google policy to click it. Because it’s fraudulent and advertisers won’t get any results.

When the ads have been filtered, Google can’t undo the total clicks. That’s why any publisher who clicks their own ads in order to increase their revenue will be suspended or banned by Google.

Some publishers have issues with invalid traffic when partnering with low-quality parties in efforts to increase traffic to their site.

Some publishers use custom implementations that may have unintended consequences on their ad requests. Make sure your ad implementation follows the best practices for ad placement and has no programming errors.

Invalid traffic is a problem for the advertising ecosystem. Though publishers could benefit from the inflated revenue caused by invalid traffic in the short-term, but invalid traffic lowers the value of legitimate impressions in the long-term and will become a huge liability as the industry takes steps to eliminate it. Publishers with significant amounts of invalid traffic will perform poorly on downstream metrics and are at risk of having their inventory devalued over time.

On the other hand, fake impressions and clicks increase the cost of advertisers without getting an increase in conversion. Besides, invalid traffic messes up with the analytical data, making it difficult for advertisers to plan the campaigns.

Advertisers are willing to spend a significant amount of budget but not on the impressions that are never actually seen. In fact, advertisers avoid working with publishers with invalid traffic. In order to avoid ad fraud,  they can take steps by being selective with their ad spend, demanding ad fraud data and partnering with publishers and exchanges actively engaged in fighting invalid traffic.

Previous Post What is a Filmstrip ad unit? Next Post What Does Invalid Traffic Mean?
We use cookies to ensure that we give you the best experience on our website. If you continue to use this site we will assume that you are happy with it.Ok