What is an ad Impression?

An impression is an event that occurs whenever a display ad is served to a viewer of a website. It is a common unit of measurement to reference the number of times a specified ad unit will be shown as part of a display ad campaign. When constructing a CPM-based display ad proposal, the number of impressions is used to determine the cost.

Impressions are also one of the variables in the equations to determine the CTR or RPM.

In recent years, the concept of a “viewable impression” has become more common. Because the entire height of a webpage is not always viewable, it is possible for some ads to be served (and thus record an impression) without ever being seen by a visitor to that site.

For example, the black line below represents the “fold” above which content is immediately viewable upon page load. If a visitor to this page reads only the first paragraph and then closes out, they won’t see the Nissan ad (the 300×250 rectangle) at the bottom. However, an impression was still recorded: 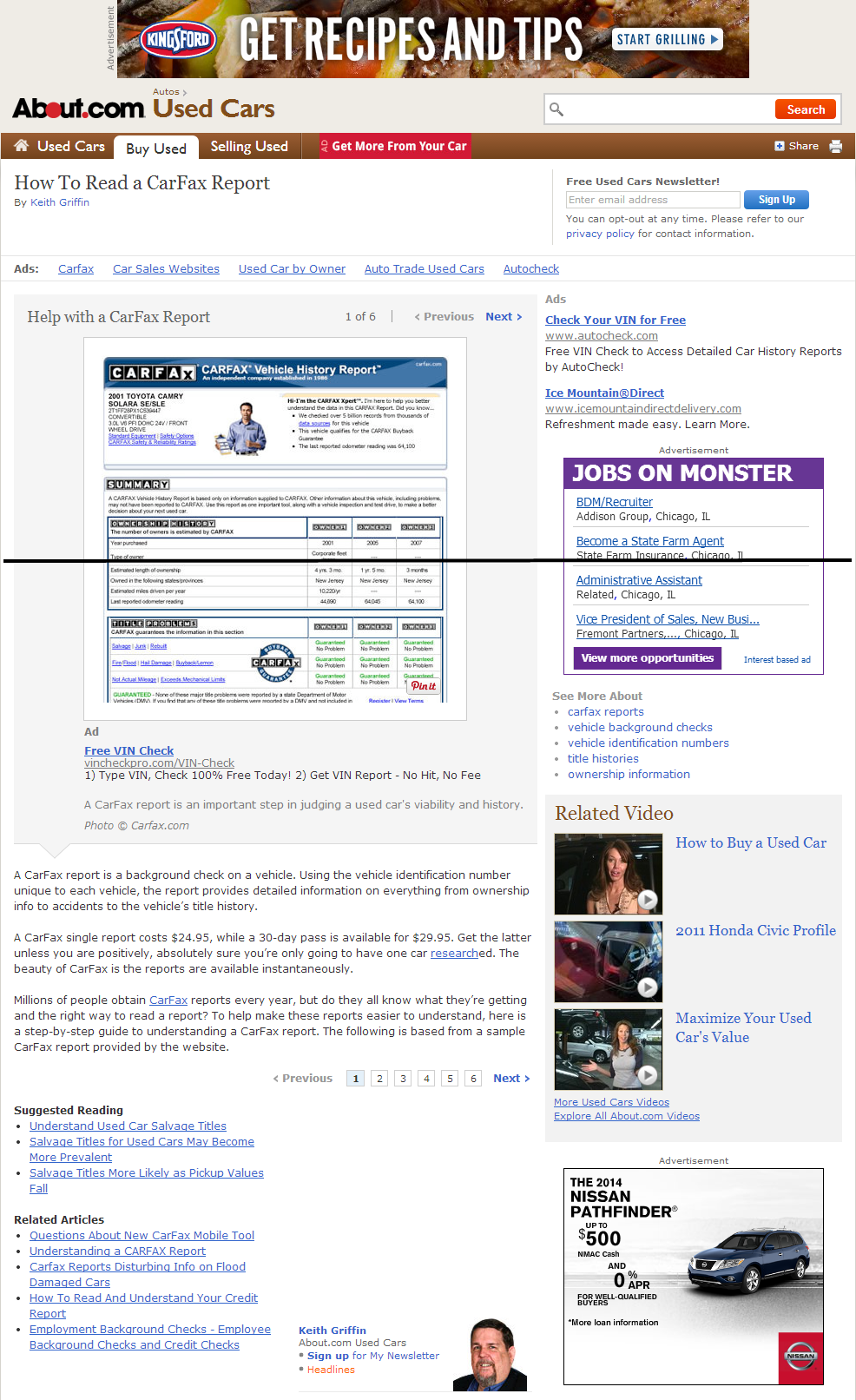 In this example, the 300×250 ad unit would record an impression, but would not record a viewable impression.

This distinction is relevant only for CPM-based display ad campaigns. In a CPC-based campaign, impressions are less relevant because revenue is earned only when visitors click an ad (though publishers may want to know the rate of clicks-per-viewable impression that their ad units are attracting).

There are several types of impressions, these includes:

What is an ad impression?

What is the difference between impression and reach?

Why are impressions important?

Previous Post What is a house ad? Next Post What does Remnant Inventory mean?
We use cookies to ensure that we give you the best experience on our website. If you continue to use this site we will assume that you are happy with it.Ok