How to Better Monetize Leaderboard Ads

For sites that monetize their traffic primarily through display advertising, there are a handful of factors that will impact the efficiency of this strategy and the RPMs realized:

This article will focus on #1 above. Specifically, we’ll discuss optimal strategies regarding the 728×90 leaderboard ad unit that is a core component of most site layouts.

Along with 300×250 medium rectangles, leaderboards are a common component of just about every site that monetizes through display advertising. Leaderboards are one of the ad units most commonly created by advertisers, which means that they’re a great option for any publisher using an ad network to fill any unsold inventory.

Because leaderboards are a horizontal ad unit, a common strategy involves positioning them as the very first element on a webpage. The logic here is that this will maximize visibility; every visitor to a page will be guaranteed to see the ad unit. However, this strategy is far from optimal and results in lost revenue.

The explanation is fairly straightforward: the very top of a webpage is not an optimal location for ad visibility. The AdSense heatmap illustrates this:

Note that the middle section above the navigation bar is a light yellow, while the section below the nav bar is a darker orange (i.e., a higher visibility area).

The takeaway here is very simple: leaderboard ads positioned below the nav bar of a site will generate higher visibility, more clicks, and higher earnings.

About.com is a site we typically hold up as an example of optimal monetization in practice, but they are an example here of a poorly-used leaderboard: 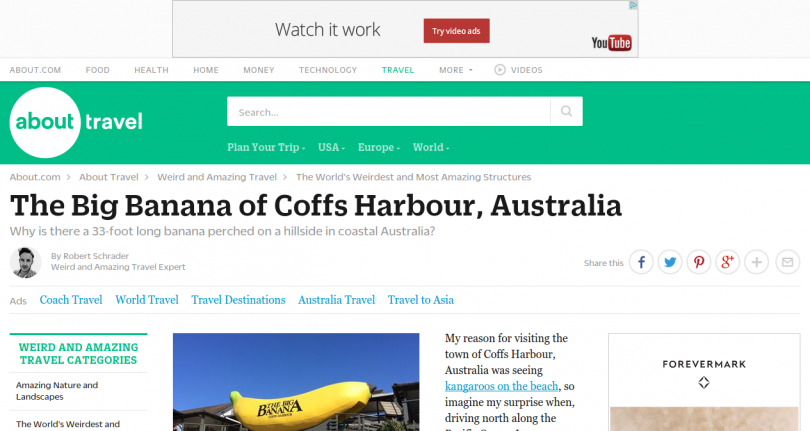 The leaderboard here is at the very top of the page. As such, it is the first element of the webpage that is visible, but also the first above-the-fold element to be removed from view when a visitor starts scrolling.

This sub-optimal leaderboard positioning is both incredibly common and (often) very easy to correct. For example, here’s a site that could benefit from moving its leaderboard below the nav bar: 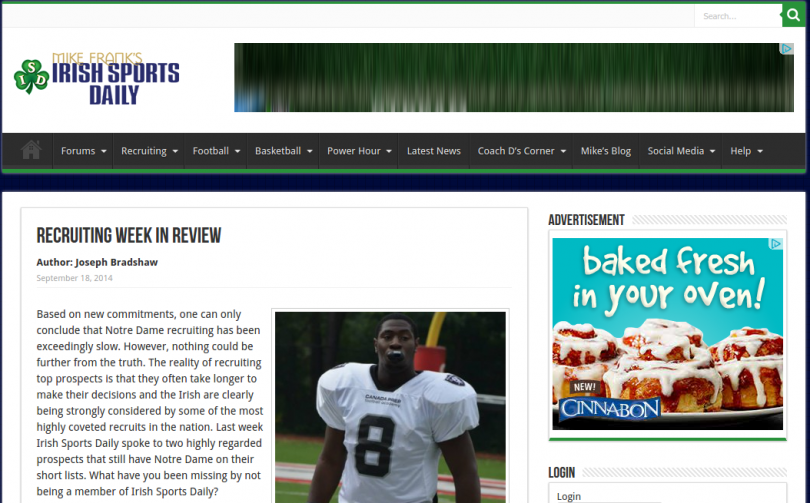 This site would probably see an uptick in revenue from the 300×250 ad unit if it were also moved down to be more in line with the meat of the article.

This “leaderboard first” implementation occurs on large sites as well. Below is a screenshot from MTV.com with the 728×90 ad unit bordering the very top of the page:

Viacom may not think much about leaderboard ad units on its sites, but there would be an increase in revenue by inserting a standard nav bar and positioning the ad unit below.

Many sites have moved away from a layout that features the leaderboard at the very top of the page, instead placing them below a nav bar. Below is an example of this strategy implemented on ESPN.com:

If we look back at an archived version of ESPN’s site from several years ago, we’ll see that the layout has evolved in a number of ways. One of those is a “lowering” of the leaderboard ad unit to its current home below the nav bar from a previous location at the very top of the page: 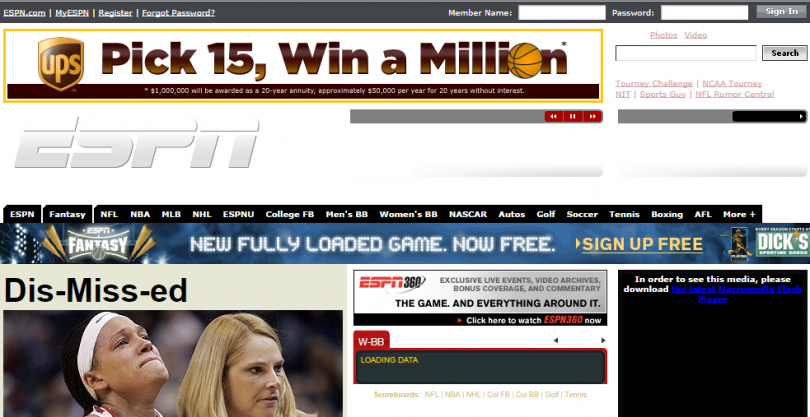 This re-positioning of the leaderboard ad unit may seem like a minor change, but there will be a substantial improvement in performance in many cases. It’s possible to see RPM uplifts of 50% to 100% as a result of a move from above to below a nav bar. Be sure to check out next Wednesday’s premium article, which will present three additional ideas for increasing leaderboard revenue.