How to Earn More From Standard Display Ads

The general formula for maximizing display ad revenue is pretty straightforward: position your ads so that visitors see them and engage with them. There are a number of ways to accomplish this, from changing the colors and sizes of ads to changing the layout of a site.

A creative solution that many sites have started using involves positioning certain ad units to remain within a visitor’s screen, resulting in an omnipresent ad during the on-site experience. These ads can be described as “relatively positioned,” meaning that they aren’t in a fixed position within the site but rather move around the site in response to user actions.

The logic of this type of implementation should be pretty obvious: the more time visitors to your site spend with an ad on their screen, the more likely they are to engage with that ad and eventually click on it. Moreover, the unexpected appearance of the ad “following” the visitor helps to draw attention to it and combat banner blindness. (For more information on banner blindness, check out our two articles on the topic: Beginner’s Guide to Banner Blindness and Five Easy Tips to Beat Banner Blindness.)

Ensuring that visitors have an ad on their screen for the duration of their visit and drawing attention to the ads should lead to more clicks and higher earnings. (By the way, if you’re enjoying this article, you may want to subscribe to our free newsletter; we’ll send monetization tips straight to your inbox each day.)

Below is a screenshot of a floating 300×250 ad. Once a visitor scrolls past a certain place on the page, the ad stays in a static position to the right of the content. (Here’s a link to the page if you want to see it in action.) 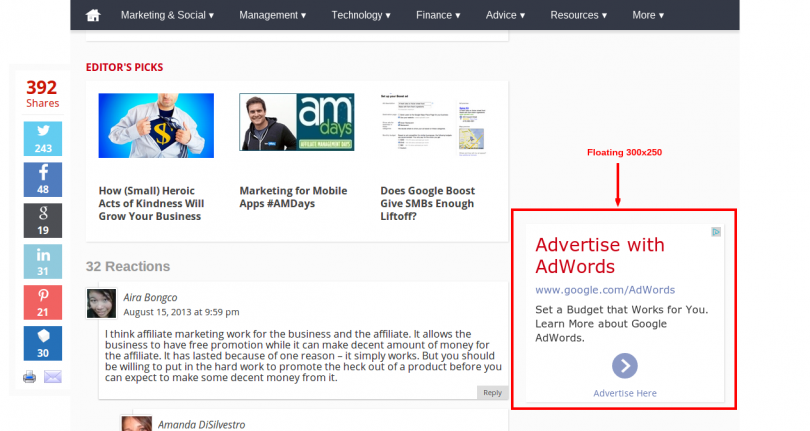 This is accomplished through some custom CSS that tells the ad to float to the right of the content.

Below is a similar example, this time with a 160-pixel-wide ad in the right rail. This ad stays in the screen as visitors scroll down the page: 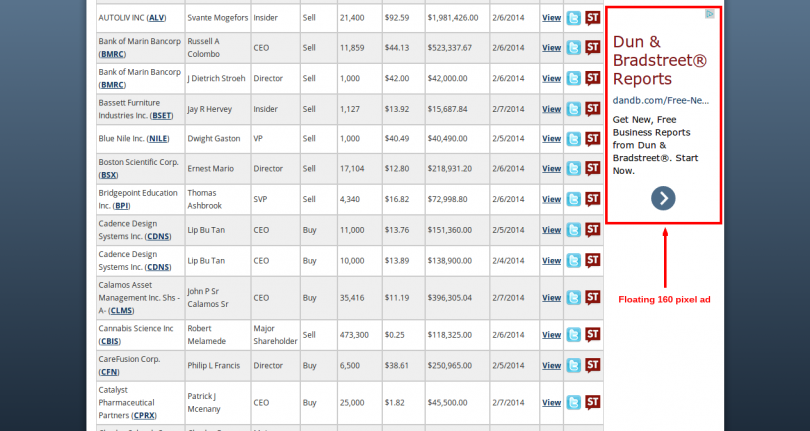 Here’s another similar strategy on Edgar-Online.com, a site for pulling reports for publicly-traded stocks: 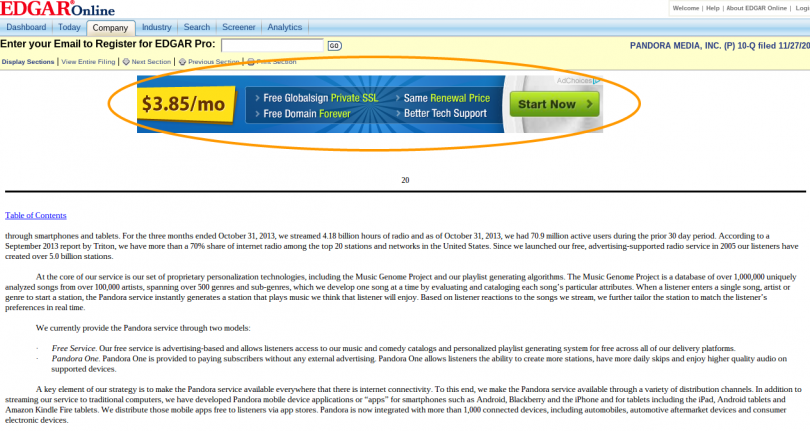 That 728×90 leaderboard ad stays positioned at the top of the page as users scroll through the filings. (Here’s a link to check it out.)

Deadspin has a site layout that accomplished the same objective; the left rail, which hosts a 300×250 ad, remains in place alongside the “scrollable” content to the right. The result is an ad that stays in view throughout the entire visit: 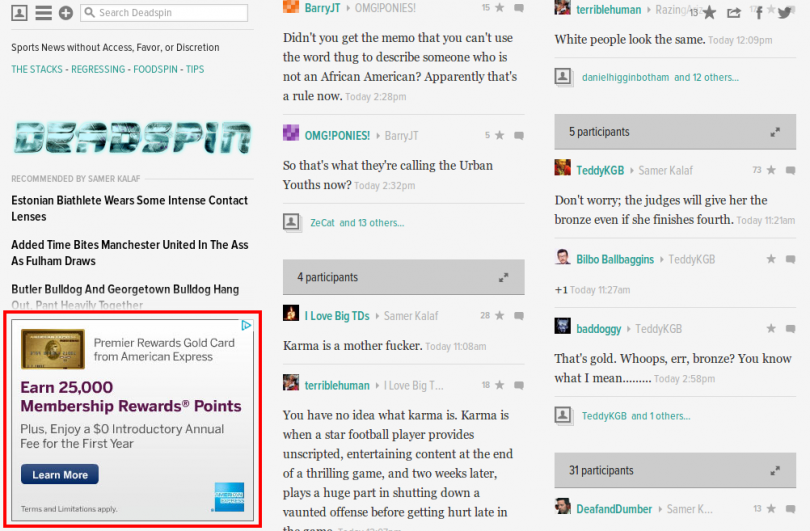 Finally, below is a screenshot from The Wall Street Journal, with a 300×250 rectangle ad floating to the right of the article:

If you’re using Google AdSense to monetize your display ad inventory, be careful with this approach. The terms and conditions note that “placing Google ads in a ‘floating box’ in which ads scroll, hover, or expand over the webpage” isn’t allowed for their partners. Those instructions don’t preclude you from trying some of the implementations above. (In fact, some of the sites highlighted above appear to be using AdSense.) But it’s worth doing a bit of research to make sure you don’t break the rules.

Mimicking the ad experiences highlighted above will take some development time, but it’s a very interesting idea that has the potential to significantly increase ad revenue. If you’ve tried out this technique (or something similar), let us know on our display advertising forum. (It’s free to sign up to post in our member forums.)